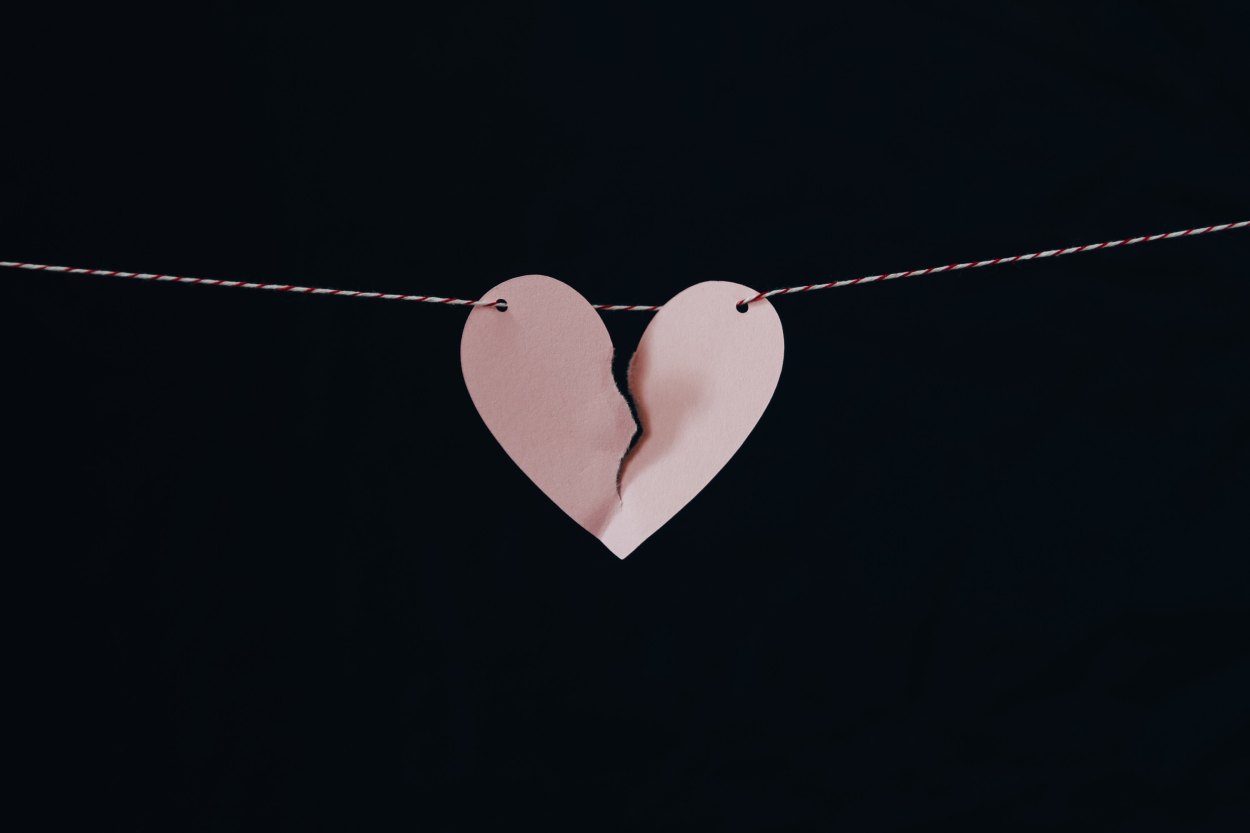 When I was first divorced, I would spend a not insignificant amount of time reading articles with titles like, “What Does the Bible say about Divorce?” and “How Should Christians Talk About Divorce?” and “When Does the Bible Allow Divorce?” I felt bad about what I had done, and since most of these articles suggested that choosing divorce was selfish and sinful, it was the easiest way to self-flagellate. I had kind of a sick addiction to the shame they produced.

If you’re a Christian and you are considering divorce or have already experienced a divorce, you have probably either been asked or have asked yourself, “Does God approve of this divorce?”

It’s one of the most strange, and also completely common things that happens if a person of faith is in a marriage that feels on the verge of an end. It makes sense, at least in some ways. If you’re a Christian, you’re probably trying not to sin, and something huge like ending a marriage brings out the “is this a sin” questions in spades (when I typed “biblical divorce” into a search bar in Google, I got back 23 million responses). Most of us want to be right with God, in whatever way that looks like, so when we’re about to do something that has real world consequences, we want to know if those consequences are enough to count as a sin.

Most Christians are taught that marriage is more than a contract, it’s a covenant. Which sounds very weighty, and indeed, is not something to be entered into lightly. But when you start looking at marriage covenant a bit more closely, it seems that it’s not quite as clear as we might be led to believe. Despite what we have been taught, there is no one verse in Scripture that lays out specifically what a marriage covenant is. The passages in the Bible that talk about covenant marriage use it as an analogy to the relationship that Israel had with God or the relationship of the Church to Jesus. So while we can infer what marriage is to look like by observing other covenants between people, nowhere does the Bible specifically define a marriage covenant.

Because of this, I think the first thing that we need to settle is that anyone who is speaking about the permanence or impermanence of a marriage covenant is making inferences rather than going strictly from what God said about the permanence of a marriage vow. It varies even from one person in the Bible to the next. Jesus says anyone who divorces his wife except for marital unfaithfulness is committing adultery and in violation of the marriage covenant (Matthew 19:8-9). Paul, on the other hand, suggests that a woman is only free to remarry if her husband dies (1 Corinthians 7:39). Also, the rules seem to differ if one is a man or a woman, which again makes sense, since this was a deeply patriarchal society. In 1 Peter 2, the author says that slaves should endure abuse and then goes on in the next passage to say, “In the same way, wives…” which indicates to some that remaining in abuse is the biblical choice.

And that’s the thing. Even in Christian circles, “biblical divorce” doesn’t mean anything. In those 23 million articles, I can find just about any opinion to back up my own biases. If I think that the world is slipping into chaos, I can find a way to make sure that people feel all the guilt needed to stay married regardless of the circumstances. If it’s someone I love and I’m feeling compassionate, I can let them out of a marriage because the covenant was violated due to neglect because of working too many late nights. Like so many things that are deemed biblical or not, one’s own worldview will color that designation significantly. Because the Bible is a collection of writings from many authors over a long period of time, finding a single “biblical” definition of nearly anything is almost impossible.

When writing about her second book, A Year of Biblical Womanhood, Rachel Held Evans wrote, “When we turn the Bible into an adjective and stick it in front of another loaded word, we tend to ignore or downplay the parts of the Bible that don’t quite fit our preferences and presuppositions. In an attempt to simplify, we force the Bible’s cacophony of voices into a single tone and turn a complicated, beautiful, and diverse holy text into a list of bullet points we can put in a manifesto or creed. More often than not, we end up more committed to what we want the Bible to say than what it actually says.”

The truth is, if someone is inquiring if your divorce was biblically allowed or not, they probably aren’t looking for a yes or no answer. Whether or not your divorce was biblical or not is beside the point. The point is that you dared to place your own self-worth over that of the marriage. Whether the reason was infidelity, abuse, or just tired of feeling lonely in the most important relationship you’re supposed to have, you chose your own health, and that is the thing that many folks who are worried about something being “biblical” or not cannot abide. Most often if someone is asking if your divorce was biblical or not, what they really want to know is if you feel sufficiently bad about it, because the person who is deep in shame is the person who is easiest to control.

In the next post, I’m going to expand on shame as control and talk about some of the healthier ways we can frame divorce. If you’d like to follow along, you can sign up on the left for posts to be delivered right to your inbox. I’ve also started a group on Facebook where we are diving into some of these topics a bit more and also simply creating a community. Click this link to join.

One thought on “The Old Ball and Chain: Biblical Divorce”

Not a gun owner, but so glad that my church recognizes that many here in WV are and is offering a safer way. #suicideprevention #gunsafety
You think you’re going to watch this movie to make fun of how terrible it is, but no. It is genuinely hilarious. (It’s also terrible, but that’s not why it’s funny.) #velocipastor
This is the best tire cover I’ve ever seen in my entire life. #freeprisonmike #prisonmike #theoffice
%d bloggers like this: