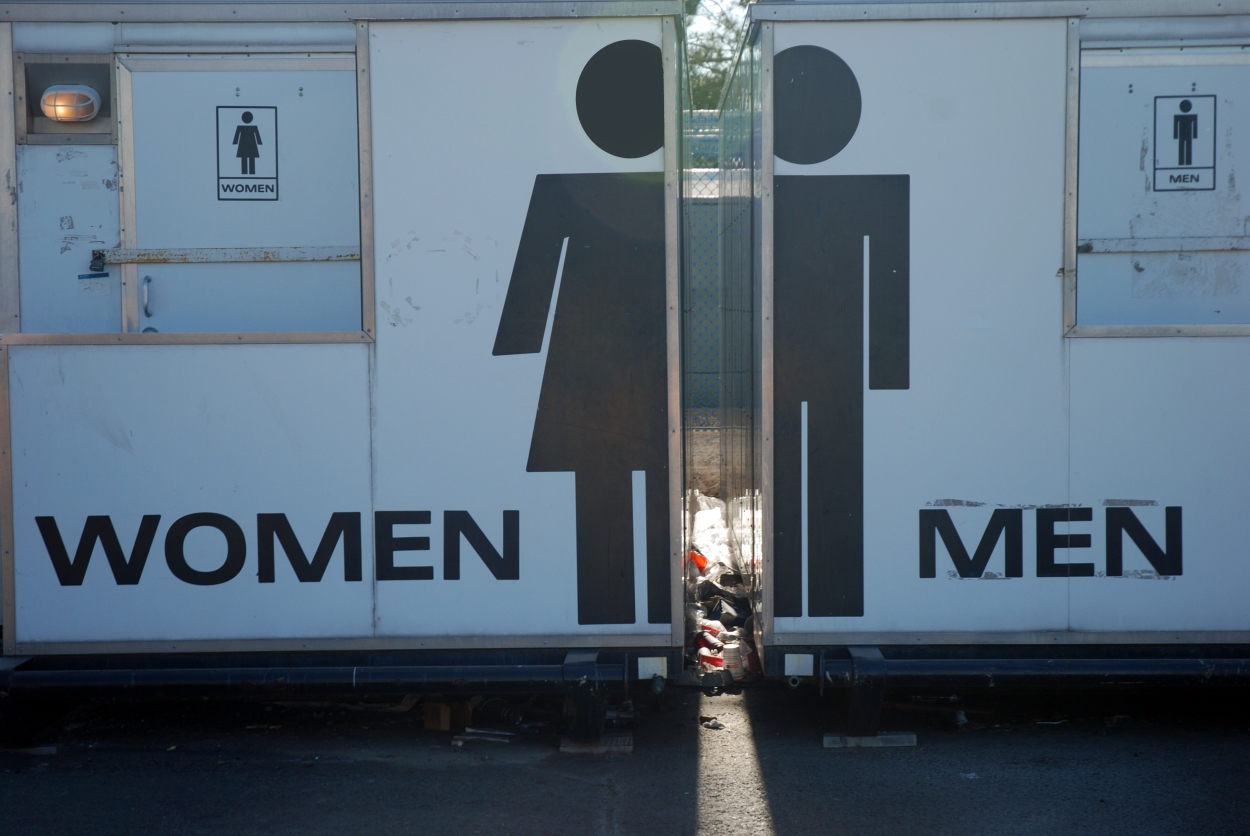 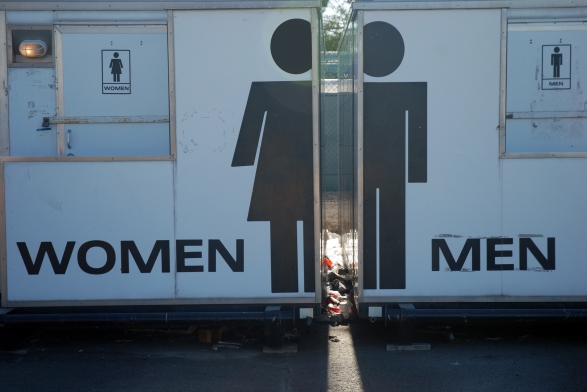 This past weekend, Rich and I drove to Tennesee for a guitar show. We had gorgeous driving weather. Blue skies and sunny. No construction or backups on the highways. We drove through Lexington, KY and ate some of the best sandwiches ever at a little out of the way deli. It was wonderful to have the opportunity to enjoy a part of the country that we hadn’t been to as a couple.

Of course, in an eight hour drive, armed with large coffees and bottles of water, we made a few stops to rest areas along the interstate. Quick stops, pulling in, doing what needed to be done, getting back on the road. No real thought going into it, just using the bathroom the way that people do.

Or at least, the way that people who aren’t transgender do.

Last year, Kentucky tried to pass a bill making it illegal for transgender students to use the bathrooms and lockers of the gender that they identify. It was struck down in the Kentucky House of Representatives after passing through the state Senate. A similar law failed in Tennessee yesterday.

Presidential candidate Ted Cruz, who spoke at a conference hosted by a pastor who recommends executing gays and who hired a legislative co-chair who believes being gay should be a crime, has spoken about this issue as well. In an interview last year, Cruz suggested that nondiscrimination laws are “lunacy.” There is talk about protecting girls from predators (because it is always trans women who are the biggest risk – men “dressing up” as women), but there have been zero documented cases of a transgender woman assaulting a young girl in a bathroom.

I loved our trip, but it’s hard for me to think about how different things might have been if I was transgender. How much longer would I hold it if I wasn’t sure of the laws? Would I have a list of businesses that have gender neutral bathrooms handy, hoping that one of them would appear before I chanced making a stop? If you’re a trans woman, do you try to make sure you look extra femme that day so you don’t get accused of being a rapist for trying to pee, or do you just dress like a man for the day and ignore who you are, while chancing being assaulted in a men’s bathroom for being too feminine?

I think about this, not because I’m transgender, but because I have a transgender child and I have transgender friends and all around me, I see bathrooms becoming battlegrounds. Now something as simple as using a bathroom on a road trip has become yet another area of stress for people who already deal with prejudice on a regular basis.

If this bothers you, I encourage you to pick up an #IllGoWithYou button to wear when you are out and about. It lets trans men and women know that they are safe to perform a normal, necessary bodily function when you’re around. It also allows them to know that you will “go with” them in life, not just the bathroom.

If you are concerned about trans men and women using “your” bathroom, I want you to think about how it would feel to use the wrong bathroom. To have people look at you with suspicion because you didn’t fit their ideal of what a man or woman is supposed to look like. To fear lawsuits or even violence simply because you needed to use the facilities after a large coffee that kept you awake on the road.

Rather than making our bathrooms a fight, let’s use them as a place to practice empathy.

Or better yet, let’s just let people pee. That will work too.