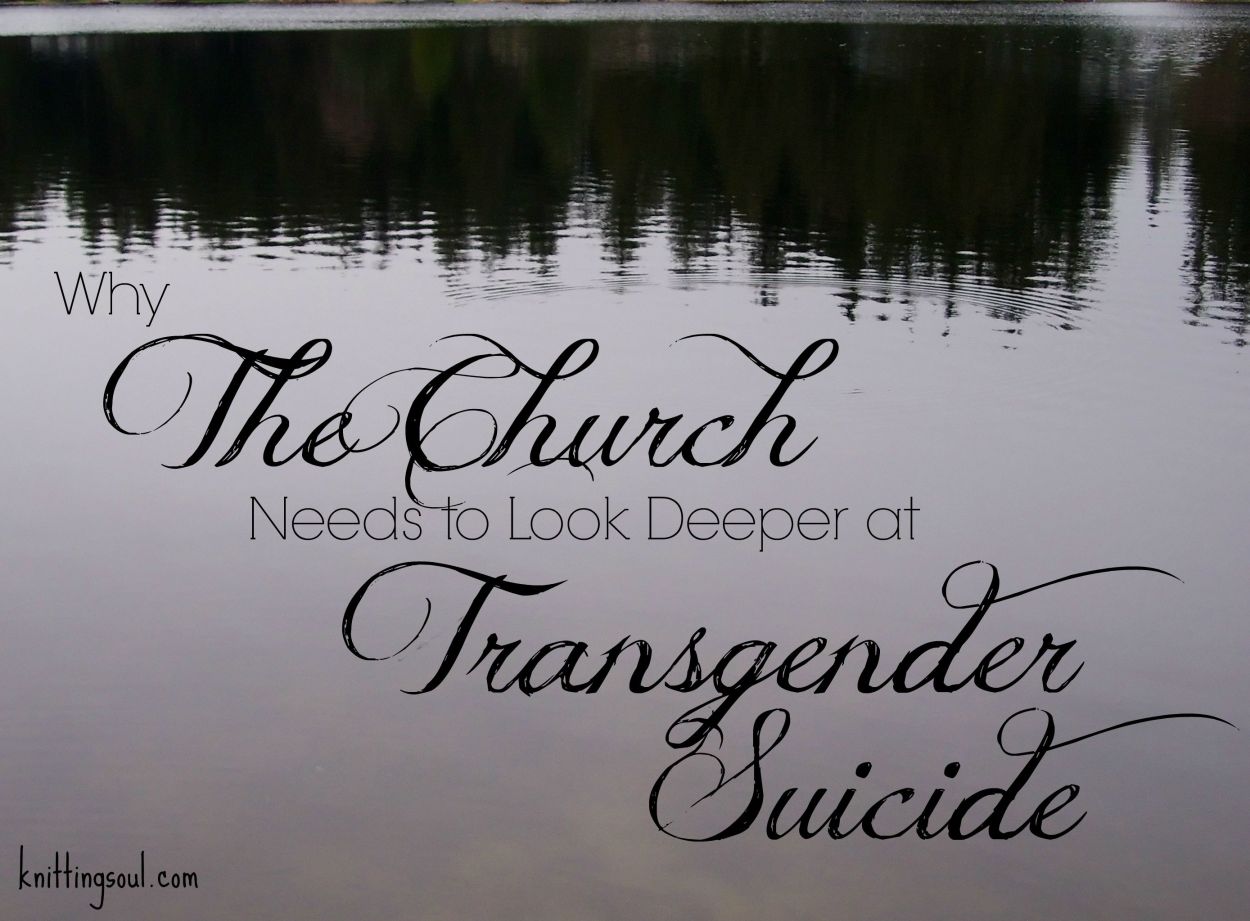 I’m in a number of Facebook groups for parents of transgender kids. Most of the time we share pictures of our children as they fully embrace who they are. People will ask for good wishes when a child starts hormone therapy or goes in for surgery. Sometimes it’s just a place to vent about kids being kids.

But more often than I’d like, it’s a place for serious requests. People experiencing ostracism from their families. Parents dealing with teacher, administrators, or other parents at schools who make it difficult for their children to use the correct bathroom. Parents whose children are bullied because they are living as the gender they are, rather than the gender they were assigned at birth.

Just yesterday, another mother just asked for prayers as she was sitting in the hospital with her trans child who was thinking about suicide. Fortunately, they were stopped before they were able to end their life, and hopefully this child will receive the help that they need to continue to live. But 41% of all transgender people will attempt suicide at some point, so these posts will continue to show up time and time again. And I know that some parents will not make it to the emergency room in time to save their child. Because far too many don’t.

I don’t know how many times I’ve been told that the suicides or attempted suicides of trans kids and adults is a sign of their inherent mental illness, but it’s been a lot. It seems to be a staple of the anti-LGBTQ crowd. Happy people don’t kill themselves after all, right? Mentally stable people aren’t at risk for suicide, are they? If they’d just get right with Jesus and stop pretending to be someone other than who they are, they’d be fine. Their deaths are on their hands.

And why would there be any reason to look deeper when the answers seem so clear and already fit with the narrative that has been taught for so long?

Because over and over again in those same parent forums, I see parents and kids kicked out of churches because of their trans child. Families asked not to come back to Christian groups as long as they allow their gender non-conforming child to wear the “wrong” clothes. Mothers disinvited from their Bible study because they dare to speak up for their child. Families forced to choose between their transgender child and their churches.

Fortunately in those forums, most parents have chosen to support their kids, but not without some cost and often with a measure of sadness. No one wants to be forced to choose between the group that calls themselves family and actual family. No one wants to find that the simple act of loving their child without conditions leaves them open to attacks that they are not following God. No one wants to lose long-held friendships because they want their child to be happy.

It’s time for the Church to look past the studies that alter reality by comparing transgender people to the general population but  at least affirm the Church’s own long-held beliefs, and instead look at the studies that show when people are accepted by parents, they are 57% less likely to commit suicide. That when they are able to change their bodies to match their minds, the less likely they were to kill themselves. When they experience low-levels of trans-based hatred, the suicide rate drops by 66%.

Yesterday I joined with many other parents praying for the mom and her child as they begin the process of healing together. I ask that you join with me in those prayers. And I ask my brothers and sisters in the Church to look deep at what you teach. Is your church speaking life or death to the transgender community? Is your church speaking love or fear?

I pray today that those of us who worship the One who is Love will be willing to look deeper at the ways that we are presenting a false view of God to the transgender community and begin to show what Love really looks like.