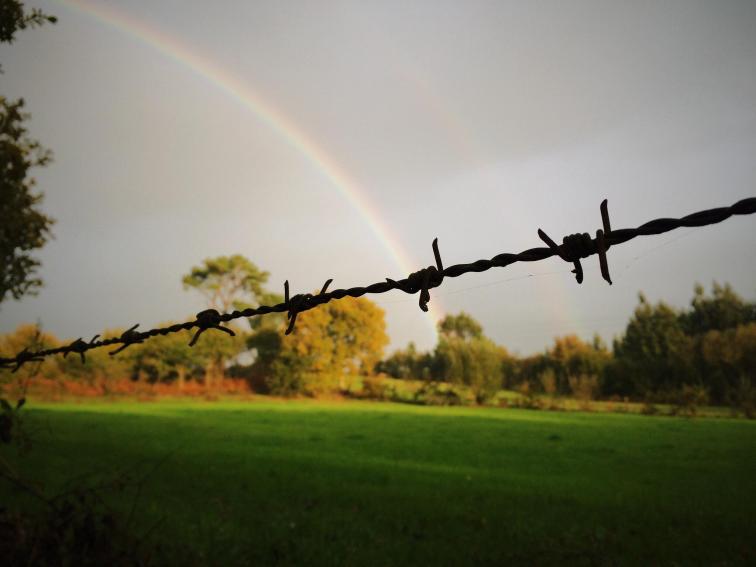 I woke up Friday morning excited because Rich and I were going to my very favorite restaurant to celebrate my birthday. I was looking forward to eating delicious food, spending time with my husband, and enjoying the quiet that comes with those things.

Then the internet exploded. The Supreme Court announced their ruling on marriage, and Justice Kennedy wrote an opinion that has been quoted over and over, and no doubt will be a defining line in his career.

For the most part, my Facebook and Twitter feeds were filled with support for these words. But in the midst of the joy that flooded my social media, there were those who were less enthusiastic about the decision. This post in particular caught my attention. In it, Mark Galli writes,

One issue that demands special attention is divorce and remarriage. The Bible has a fair amount to say about marriage (as much or more than it does on homosexuality), and yet the evangelical church has become lax about honoring the marriage vow. We use the word grace in a cheap way to avoid the awkward tough love of church discipline. Such inconsistency has been a major stumbling block for those outside the church.

That last line grabbed me. Because he’s right – consistency in how different people are treated IS something that is often brought up in the discussion of equal rights for the LGBTQ community, especially with regard to marriage. Over the past decades we have seen churches become more gracious toward people who have been through a divorce. Certainly there is still some stigma attached to it, but in general, there has been a softening toward families who are experiencing that breaking apart of family.

Why the last line struck me was not so much that it’s wrong, but rather that the conclusion that he reaches is wrong. That people see “cheap” grace and turn away from the Church, so there needs to be a doubling down on divorced couples.

Certainly some congregations have embraced this. Friends of ours went through a divorce where the men of a church gathered on their front lawn calling his new wife a whore. I expect they have a consistent set of values between how divorced couples and gay or lesbian couples are treated. But I’ll be honest, I don’t think that story would encourage a lot of non-Christians to join their congregation. It definitely doesn’t make this Christian more apt to seek out fellowship in their walls.

What if, instead of adding rules (because let’s be honest, in most evangelical churches covenants mean rules) to make church attendance more difficult for families who have undergone a divorce, we extend more grace toward the LGBTQ community? What if we stop the check-lists of who is qualified to serve and allow people to come to the table? What if we recognize that in our favorite church disciple chapter (Matthew 18) Jesus sandwiches that with stories of extravagant grace, telling of a shepherd leaving the flock of ninety-nine to search for one, of forgiving not seven times, but seventy times seven, of huge debts being forgiven by kings.

The SCOTUS decision will demand that churches rethink how they treat the LGBTQ community. And probably how they treat adulterers and divorcees like me.

My hope, my prayer, is that this provides an opportunity for churches to look at extending grace not as a sign of weakness or inconsistency, but rather as a symbol of strength and as a reminder of the extravagant grace that was given to each of us through gift of Jesus.

My hope is that we can all sing the words of the old hymn:

Just as I am, thy wilt receive,
wilt welcome, pardon, cleanse, relieve;
because thy promise, I receive,
O Lamb of God, I come, I come.

One thought on “Valuing Marriage Through Extravagant Grace”