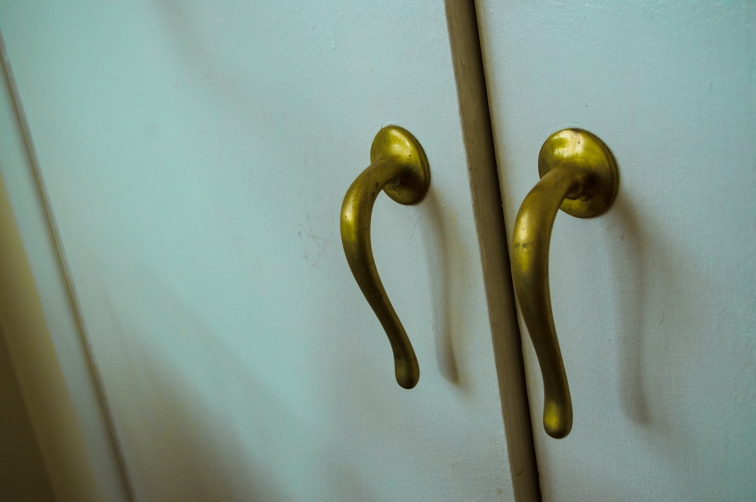 I’ve been affirming of the LGBTQ community for years, so I always assumed that if any of my children came out, it would be no big deal. Of course I would love them, of course I would support them. These things weren’t up for debate. I would read posts by parents who talked about what they would do if any of their kids were gay and I nodded my head. Yes, having a gay child would be easy.

Then a few years ago one of my kids came out as pansexual and genderfluid. Two letters not even in the regular LGBTQ initial grouping! I kind of understood pansexual – sexual attraction, even if it’s not like your own, is pretty straightforward. If you experience sexual attraction, then certainly it will have different expressions. But I didn’t really get what it meant to be genderfluid. I understood that it meant that sometimes they felt male and sometimes female, but not feeling like your reproductive parts match your gender was completely foreign to me. I tried to empathize with them, bought some opposite gender clothing for them for those days, and didn’t really do anything beyond that. Supporting their pansexuality was easy because they were in a relationship with someone of the opposite biological sex. Supporting their gender fluidity was a little bit harder because I didn’t understand it, so I mostly ignored it.

Being a supportive parent was challenged a bit when they started dating someone of the same biological sex. It wasn’t that hard to communicate love to my child and their significant other, but there were times when I wondered if I was really supporting them well when I didn’t post pictures of them on Facebook or when I didn’t mention them to family members. Some things that I read said that they wouldn’t keep their gay child a secret and I wondered if I was contributing to a shaming culture by not talking about it at every opportunity.

Things continued here for a while. I assumed that this was where we were landing. A child that wasn’t straight, a child that had some gender identity issues.

Then one day I was reading through their Tumblr and I came across a post where they came out a second time, now as transgender.

Not genderfluid, not questioning. A post that indicated they were born into the wrong body, that their insides did not match their outside at all, ever.

My world was rocked.

I don’t think I reacted badly, but it wasn’t what I pictured happening. If we’re affirming and we know that our kids know that we’re affirming, we can have a glamorous view of how the coming out will happen. A quiet confession from a child who is a little bit afraid to see your reaction followed by a tearful embrace and an immediate visit to the Human Rights Campaign website to order a new equality sticker for the car and mug for your desk. You wave a rainbow flag and you all march in the next pride parade together. Ours was just a Tumblr post making the announcement and then another really awkward one talking about how to order a STP device. We talked in a car ride to a music lesson. No big dramatic moments, just little discussions here and there.

That’s my story of my kid coming out to me. It doesn’t really fit with a lot of the more beautiful posts about kids theoretically coming out. And that’s what I want to write about today. Here are a few things to keep in mind if your child comes out to you as LGBTQ (or any other initial!).

1. This isn’t about you. One viral post said, “If I have a gay child, you’ll all know it.” I understand why he would say that. We want our children to know that we’re proud of them, no matter who they are dating. But the truth is, sometimes our kids aren’t quite ready for that information to be public. Maybe there are people they aren’t ready to be out to. Maybe they need time to process among the safety of their supporters before venturing into the world where some may not be so understanding. The truth is, we as parents don’t get to out our kids to the world, they get to do that. Holding their secret for them can be a way of supporting them. Coming out is a process and every person is going to approach it differently. Honor what your child wants, not what you think they should want.

2. This is about you. A lot of posts detailing what parents will do if their child comes out completely ignore that there can be a sense of loss that occurs when your child reveals that they do not conform to gender norms. This does not mean that you don’t love your child. This does not mean that you do not support your child. But every change means the death to something, and it is good and appropriate to mourn those losses. For me, the loss of a name that I dearly loved was particularly difficult. I love the name that my child chose for their new identity both as a name and as a nod to their former name, but I no longer have a child with the name that I gave them. That can be difficult to accept, even while fully accepting my child. Feeling guilt over a negative-seeming response is far more likely to result in more negativity. Acknowledge and name your grief. It makes moving past it easier. Not easy, but easier.

3. Coming out doesn’t have one expression and isn’t necessarily a one time thing. Kids come out to their parents in many different ways. For some it’s a meltdown during back to school shopping. Some will text their parents to tell them. Some will come out on social media and parents will discover that way (holla!). Some kids wake their parents up in the middle of the night from a dead sleep to tell them. Some will just mention it casually in conversation and others will prepare a full presentation to let their parents know. As a parent, your initial response will differ depending on how you find out. It’s not really something you can prepare for, so maybe don’t sweat it too much.

4. Having a not great response doesn’t make you a bad, unloving parent. Like every single other aspect of parenting, you are not going to get this 100% right. There will probably be times when you don’t want things to be the way they are, days when you wish your kid was just like all the other kids. There will be times when you forget the new name they’ve chosen and call them by the wrong name (holla again!). You may say something that’s interpreted as dismissive. You’ll feel sad or angry about something that makes your child feel happy and alive. You can still be a good parent, even when you’ve screwed up. Apologize when you need to. Cry when you need to. Celebrate successes when you have them. Find others to share your successes and failures with. Acknowledge mistakes, do better.